Inti Raymi – Celebrating the Festival of the Sun in Cusco, Peru 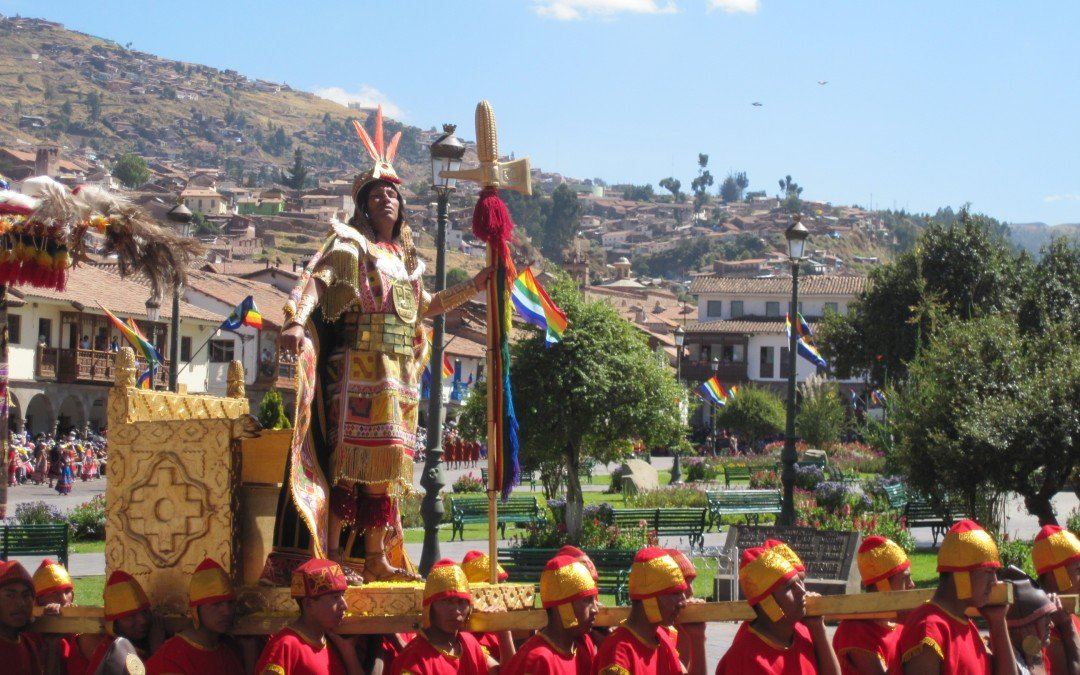 Inti Raymi, or Festival of the Sun in Quechua (indigenous language of Peru), was the most important religious ceremony/celebration in Inca times. Inti Raymi honored the Sun God, the most important deity in their belief system. Today Inti Raymi is celebrated on June 24th but in Inca times they began celebrating the Sun God on winter solstice (June 21st). Garcilaso de la Vega, a Spaniard who chronicled much of Inca history, wrote that Inca King Pachacuti created Inti Raymi to celebrate the new year and the legendary origin of the Incas. It lasted nine days and included elaborate processions, dancing in the streets, offerings of chicha (corn beer), potatoes, and other produce, and animal sacrifices to pay homage to Pachamama (mother earth) in order to ensure a good harvest for the coming season.

The first Inti Raymi was celebrated in 1412 and the last one was held in 1535, after which the Spanish, who had invaded South America, banned the “pagan” festival. Scholars and artists revived the festival in 1944 based on the writings of Garcilaso de la Vega. Since the revival of this festival, theatrical representations of Inti Raymi have been held in Cusco beginning at Qorikancha (Temple of the Sun), proceeding along Avenida El Sol to the Main Plaza, and finally ending at Saqsayhuaman, the magnificent Inca fortress ruin overlooking Cusco. During the procession, hundreds of actors, including the Inca King and Queen who were carried on litters above the crowd, participate in the reenactment. Today Inti Raymi is the second largest festival in South America, second only to Carnival in Brazil, attracting thousands of tourists and representing one of the busiest times in Cusco. If you are able to combine winter solstice in Machu Picchu and Inti Raymi in Cusco you will be in for a real treat; both are a feast for the eyes! 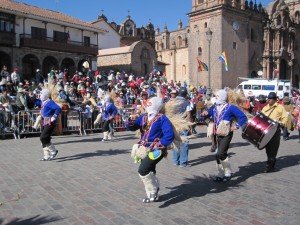 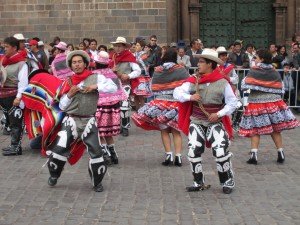 Check out our treks & tours to Machu Picchu here, including our first ever Video Rainbow & Ancasocha Treks this September! If you found this information helpful, please refer to post about Winter Solstice and read about the best time to visit Machu Picchu. Killa Expeditions is passionate about providing exceptional & sustainable adventure eco-travel experiences, encouraging people to explore off the beaten path, and inspiring others to give back. To book an adventure of a lifetime, contact us today!